Sign Up Today For Free To Access Downloadable Notes, Videos, Audio & More!
You are here: Home / Origins - The Book of Genesis / The Flood of Noah – The Ark and The Global Flood

Just as God has provided specific instruction for our generation to pass through the ‘waters of judgement’ and pass into the new world through Jesus Christ, so very detailed instruction was given to Noah for the construction of a massive sea-faring vessel which would be robust enough to survive the coming tide.

Based on the dimensions given in Genesis 6 scale reconstructions of the ark have been made. Contrary to modern playschool depictions of an oversized bathtub stuffed with smiling animals the ark was in fact an enormous barge-like vessel, perfectly designed to survive the roughest of storms.

The ark had a total deck of 97,700 square feet and was the largest ship ever built until 1884AD. The ark had the carrying capacity of 520 rail boxcars, ample room for the animals, food and provision and living quarters.

Noah’s Ark Replica In The Netherlands

Dutch contractor Johan Huibers built this replica of the Noah’s Ark in the Netherlands. Approximately to scale the replica is 1/2 the length and 1/3 the width of the Biblical dimensions. Life size models of giraffe, elephants, lions, crocodiles, zebras and other animals greet visitors as they arrive in the main hold. According to Genesis, Noah kept seven pairs of the most domesticated animals and one breeding pair of all other animals. 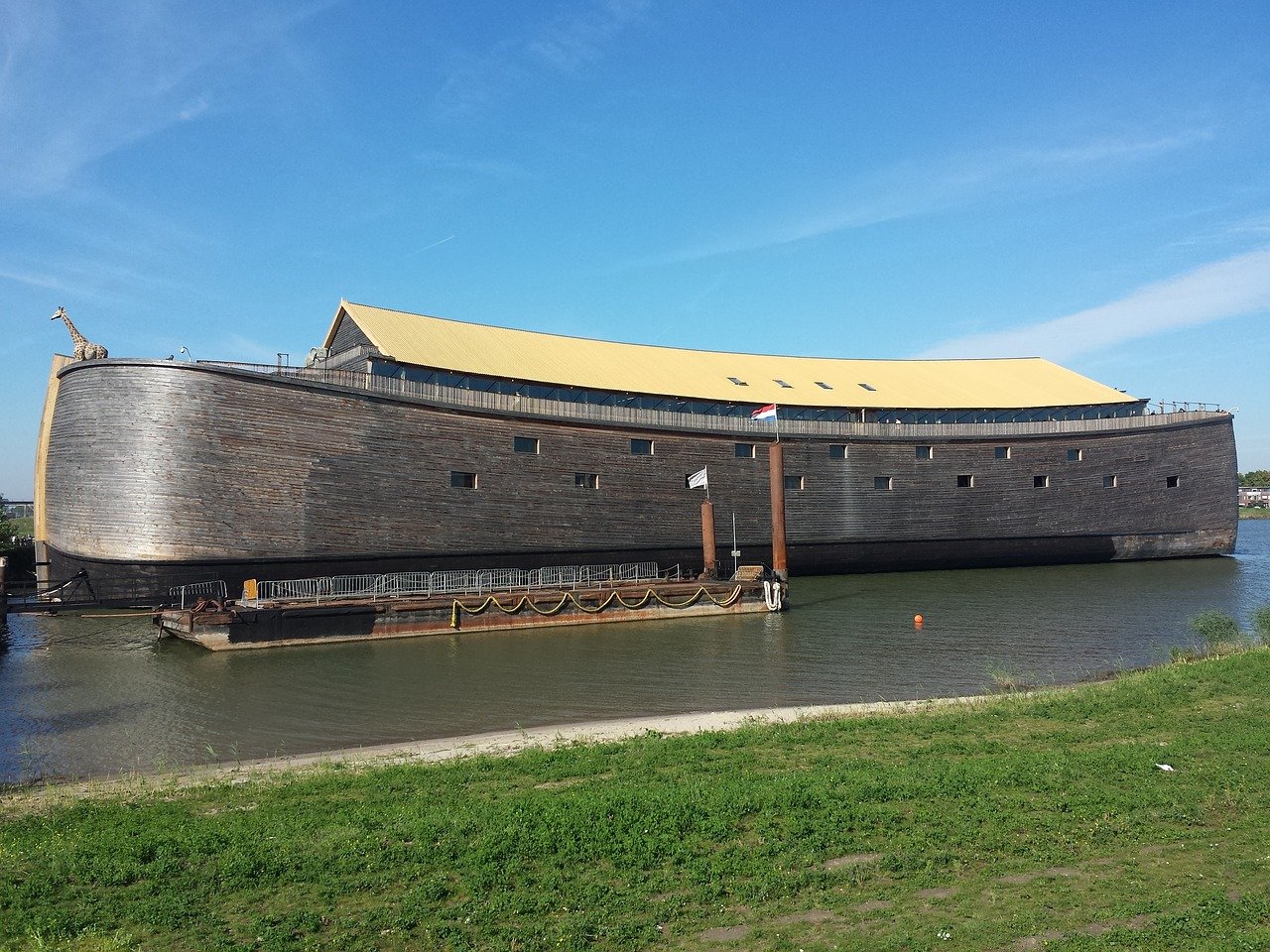 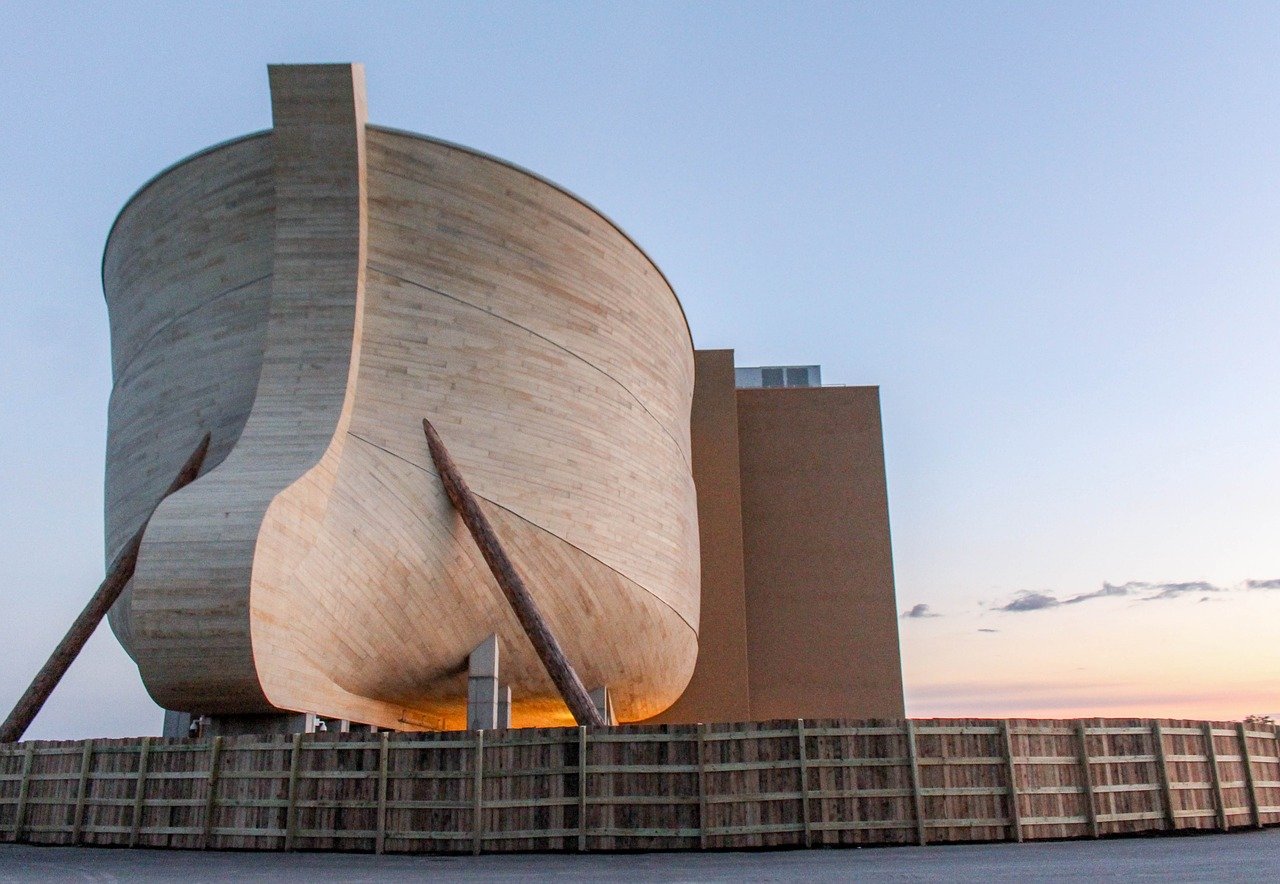 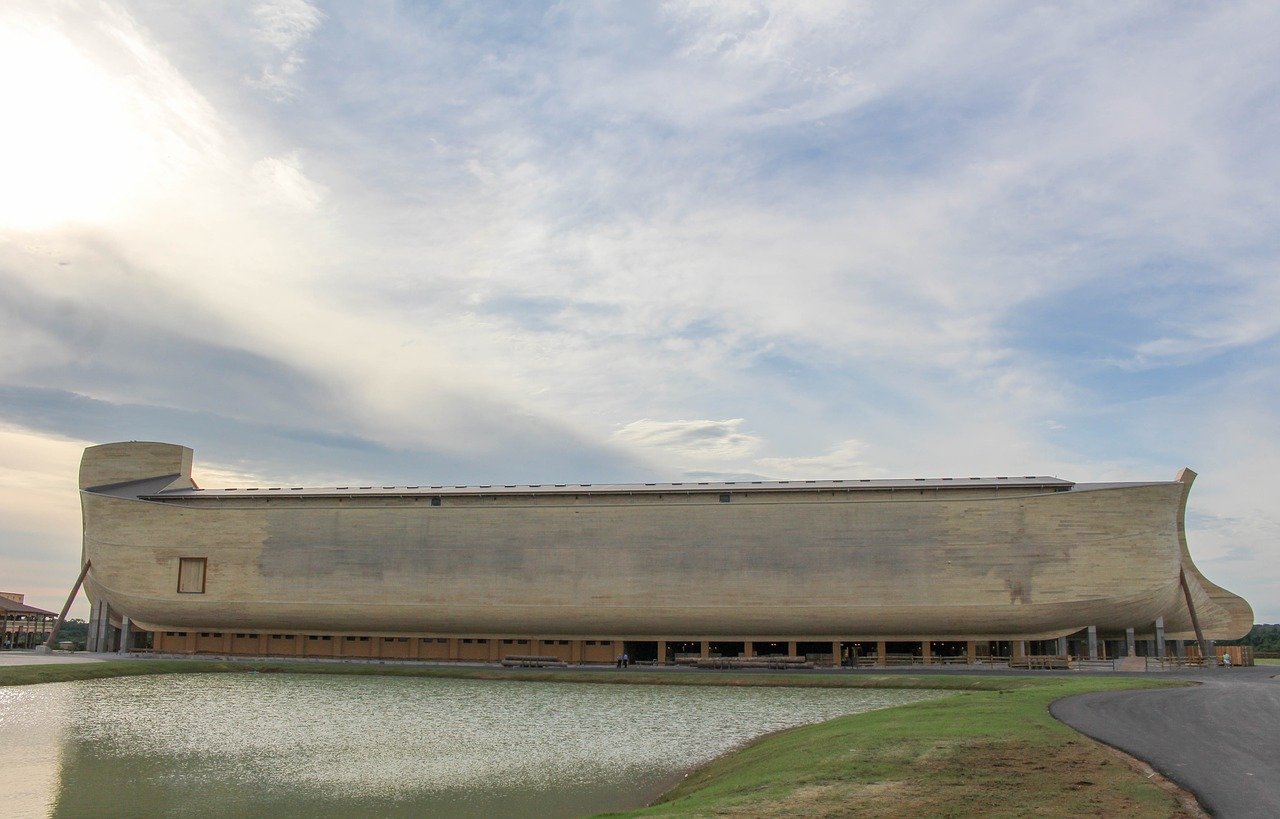 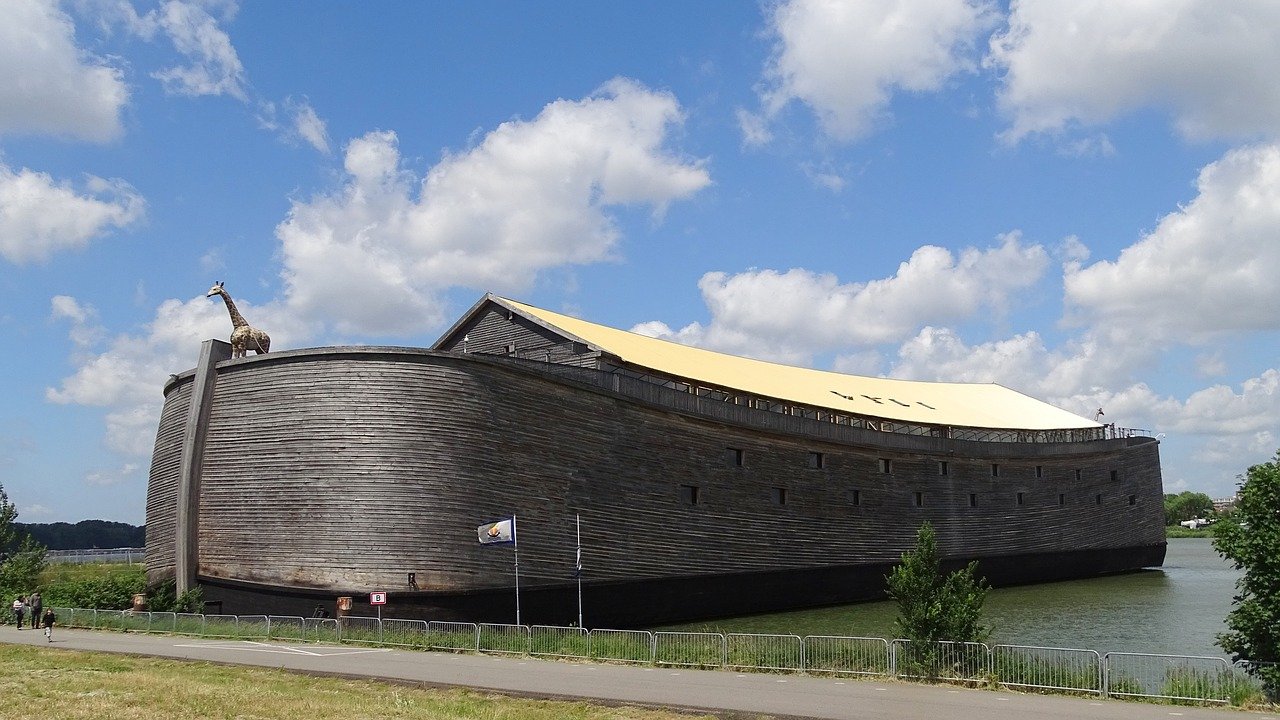 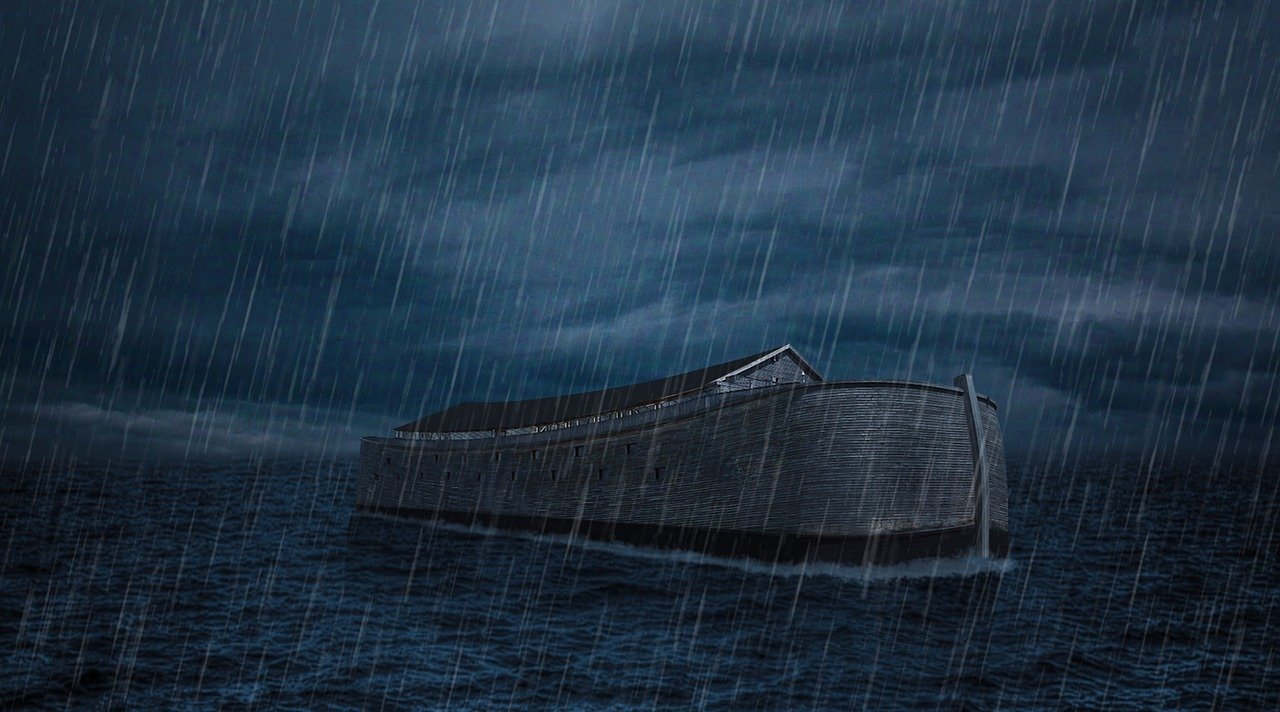 How did all the animals fit in the ark?

Taking into account that the ark was to carry representatives of each “kind” of animal (not every individual species), and its enormous size, there would have been no lack of space for the animals that boarded the ark. Many of the animals would have been juvenile specimens as well, thereby further reducing the space requirements. Feasibility studies have been conducted in this regard and an article by Jonathan Sarfati is included at the end of this sessions notes in this regard. Students are encouraged to read this article to help form a reasonable picture of the events described in Genesis.

The Bible makes it clear that the flood was global in proportion.

Some liberal commentators seek to convince readers that the flood was localised but the Scriptures clearly deny this.

Some liberal commentators seek to convince readers that the flood was localised but the Scriptures clearly deny this.

Reasons to reject the idea of a merely Mesopotamian flood include:

If the flood was local…

(1)      That there was a continuous deposition of the stratum layers from beginning to end. There is no erosion in between the layers. In fact, in some layers there are actual ripple marks. In other stratums there exists one or more vertical tree trunks, with the same tree making its way up from top to bottom!

(2)      That fossils from supposed different “ages” in the evolutionary          theory actually lived at the same time!

David Lee Martin is a passionate Spirit-filled Bible teacher and an avid student of Scripture. As well as writing and developing this in-depth Bible curriculum he also runs the ChristianCreative.Academy - an online mentoring program teaching creative Christians and entrepreneurs how to get their message out to the world.